Wow a month since my last blog post, I’ll have to stop calling this a blog and make it a magazine if these blog posts don’t get more frequent huh?! Anyway, I do have something interesting to report from the world of Magento email extensions, particularly my Google Apps/Gmail extension and my SMTP Pro extension are in for a bit of a shake up.

I’ve been busily implementing a few new features, set to be released very soon but I thought I’d post a bit of a sneak peak for a few reasons, not least of which was to solicit some early feedback on the direction I’m heading with both the new email features and the decision to combine the extensions. I’ll cover both of these matters in that order below.

I have been ferreting away your suggestions for the last month or so and have had a chance to put a few into production. Here we go, in no particular order:

Here are some screenshots of these new features. You’ll notice a bit of a UI shake up too, more about that in the next section.

And this one shows you the actual config options for the extension (look familiar?), hopefully they do – still as simple and clearly labelled as always I hope.

Thanks to the people who commented and testers who suggested these features/improvements. I really appreciate the input.

One Magento Email Extension To Rule Them All

Errr excuse the lame LOTR reference, I don’t even like the movie, just couldn’t resist to use that line. Basically when I sat down to write in a few of these features I couldn’t bear to do it all twice, and the two extensions share so much of their core code that I decided it would be worth while just tweaking the UI to accommodate both, and then not have to duplicate any effort on the actual features.

So I really want to know if anyone sees a problem with combining them in the Magento admin, I’ve tried to make sure the Google Apps and Gmail config is still as simple as ever, where the SMTP config still gives full control. Let me know your thoughts in the comments and keep an eye out for the actual release. Why not subscribe to my RSS feed to get the latest news?

You Shall Not Pass

Haha I wanted to find a funny LOTR costume photo to put with my tragic LOTR reference, the internet is positively overflowing with them! I couldn’t choose which of these was the best, anyone got a fav? 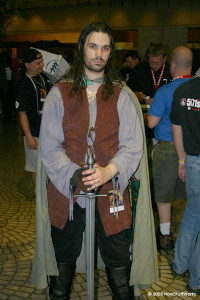 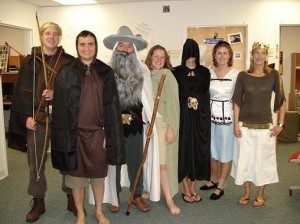 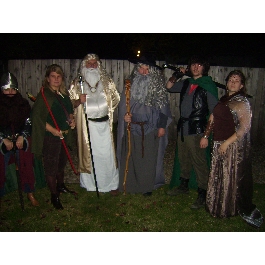 PS: Google said these pics were labeled for reuse. If it’s you, and you don’t want to be on here, or you don’t want your pic to be reused, just let me know.